Welcome to the 73rd weekly edition of Economic Development and Developers in the News.  Today's issue contains news from 139 economic development executives and organizations in 26 states.

🤦‍♂️
It is great to be back from vacation this week and I'm sorry not to have been able to make it to the SEDC Annual Conference or Brownfields 2022 this. Did you? Send me a note and tell us all your thoughts. -Dane

Putting a new spin on its impressive record of growing Alabama startups, the Alabama Launchpad is seeking entrepreneurs intent on making a positive impact on society through their business to apply for its inaugural Social Impact Competition. Applications are now open for the next round of the program, created by the Economic Development Partnership of Alabama. (Hallie Bradley, Alabama Power Foundation manager of Strategic Initiatives)

The head of Alabama’s workforce development efforts said getting workers to the right place with the right skills remains a numbers game but the workforce can’t be treated like just a number.  (Ed Castile, executive director of AIDT and deputy secretary of the Alabama Department of Commerce)

The Grossmont-Cuyamaca Community College District will launch a new program in supply-chain logistics, a field that has taken on new resonance thanks to pandemic-era shortages. The East County Economic Development Council helped to identify employers that could aid in building the curriculum. (James Sly, CEO)

At the end of last week, Gov. Ron DeSantis awarded $276,000 through the Competitive Florida Partnership program to fund the creation of strategic plans for fostering economic development in Archer, Gretna, Keystone Heights, North Miami, Glades County and Welaka. The program, administered by the Florida Department of Economic Opportunity (DEO), supports communities in developing plans to attract new business and create workforce opportunities, improve resiliency to disasters, and connect with various state and federal resources to diversify and expand their economies.

Two distribution centers planned for Georgia by two separate companies will mean more than 500 jobs and an investment of about $140 million, officials said this week. In Bartow County, the Duluth Trading Company plans to build a $53 million facility. In Bryan County, WebstaurantStore, which supplies materials to food service professionals, will build an $87 million distribution facility. Plans call for hiring to fill 213 positions at the facility in Ellabell, officials said.

The Coeur d’Alene Economic Development Corporation/Jobs Plus, Inc., has scheduled its annual meeting on Sept. 7.  The theme is "Building for the Future". Gynii Abracosa Gilliam, president and CEO, will give the annual report.

Centier Bank was recently awarded the Business Investment Award at the Economic Development Corporation of Michigan City’s Silver Anniversary Gala and Investment Awards. The event recognized companies that have invested in Michigan City from 2018-2021. (Clarence Hulse, Executive Director of the EDCMC)

The Regional Development of East Central Kansas’ Board of Directors talked about a number of potential economic development projects during its meeting Friday morning. (RDA President Chuck Scott)

Kent Campbell, the new executive director for the Dickinson County Economic Development Corporation, sees himself as a culmination of his past experiences and those who invested into him, whether the investment was big or small. As such, he sees himself as one of the people who have noticed the county from the outside and is now part of a team to grow a county that has been continually working to grow for a long time.

A stretch of La. 14 from La. 380 south to Fourth Street in Lake Arthur is now the Marion “Butch” Fox Memorial Highway, honoring the late tourism and economic development leader in her hometown. Fox was the president/CEO of the Jeff Davis Parish Economic Development, Tourism Commission and Chamber of Commerce. She died in 2020 from complications related to COVID-19.

Southwest Louisiana is embarking on a new chapter as it continues to recover from the business disruptions caused by the pandemic and the weather fiascoes that followed. (George Swift, president and CEO of the Southwest Louisiana Economic Development Alliance; Daniel Groft, director of the H.C. Drew Center for Business and Economic Analysis at McNeese State University)

The Executive Committee of the Piscataquis County Economic Development Council is seeking nominations for the annual Warren “Pete” Myrick Community Service Award, to be presented at the annual meeting of PCEDC in December. The Myrick Award recognizes a Piscataquis County resident, business or organization that exemplifies Pete Myrick’s concern for and commitment to education, economic development and/or civic leadership in the region.

BioReady Lexington attracted 16 companies over two years: What is the common denominator across the communities like Lexington, Hopkinton, New Bedford, Malden, Woburn, Beverly, Billerica, and Worcester? They are all BioReady Communities, and nearly all platinum-rated. MassBio’s BioReady Community initiative rates communities on their readiness to host biopharma companies. There are currently 90 BioReady communities across the Commonwealth that have all made a commitment to hosting the life sciences industry, with many more a few simple steps away from earning the designation. (Kendalle Burlin O’Connell, president & chief operating officer of MassBio; Sandhya Iyer, economic development director of Lexington)

Gia Matheny, Community and Economic Development Director, was among the 39 individuals who were awarded graduation certificates during the 36th annual Community Development Institute at the University of Central Arkansas.

“Naturally Lewis” may evolve from the brand created to market the county to entrepreneurs, industries and investors to a stand-alone nonprofit combining the staffs and programs of the county’s development organizations and the Lewis County Chamber of Commerce. Brittany L. Davis, executive director of Naturally Lewis, said an economic development strategic planning session last fall with the IDA and the Lewis County Development Corp. boards led to the realization that their “vision and projects” needed to be streamlined.

Unlike many counties, Chautauqua is fortunate because agriculture is one of the biggest industries there. Consequently, the county regularly develops an Agricultural and Farmland Protection Plan. The latest update is called the Chautauqua County Agricultural Development & Enhancement Strategy. Designed to support local farmers and enhance the profitability of agriculture, it requires assessing local farmland and agricultural resources every five years. (Patty Hammond, Economic Development Coordinator at the Northern Chautauqua Community Foundation)

Resorts World casino has “parted ways” with its security director Timothy Pearson after learning the longtime pal of Mayor Eric Adams had a second paid gig with the city. The gambling company confirmed Pearson’s departure on Sunday, following the revelation last week that their top security official was serving as a public safety advisor to the mayor while getting paid by the New York City Economic Development Corporation. Pearson’s gig with the city’s economic development arm raised ethics concerns as Resorts World is seeking to expand its gambling operations in Queens.

The City of Williston’s first ever drone show will be held on Sunday at dusk. It will be held in conjunction with the 14-year-old Babe Ruth World Series at Aafedt Stadium.
“Our partnership with the Babe Ruth World Series shows how the community of Williston can come together to make these special events happen,” said TrainND Northwest Executive Director Kenley Nebeker.  (Williston Economic Development Executive Director Shawn Wenko)

Chris Xeil Lyons is the new Manager of the Division of Development at City of Dayton.

An energy bill introduced in the Ohio House of Representatives could help spur economic growth in Central Ohio communities, especially in rural counties without easy access to natural gas. (Eric Phillips, executive director of the Union County Economic Development Partnership and CEO of the Union County Chamber of Commerce; David Kell, director of economic development and planning for Madison County)

The U.S. Economic Development Administration on Thursday awarded $210,000 to the Eastgate Regional Council of Governments to create and implement an economic development strategy for the region.

The Ponca City Development Authority officially broke ground on Friday on a 39,000 square foot flex space industrial building on Friday, Aug. 12. The building, which is scheduled to be completed in late spring of 2023, will be used by PCDA to help recruit companies to Ponca City as part of PCDA’s economic development programs.

The North Tulsa Economic Development initiative will host its 18th Annual Back 2 School Supply and Resource Extravaganza. The organization hopes to setup children for educational success and help parents with the financial stress off a new school year.

Newberry County is launching an economic development strategic planning process with several public meetings scheduled throughout August. Residents are encouraged to attend five community meetings in Newberry, Whitmire, Prosperity and Pomaria to speak their minds on the future of economic development. Newberry County’s Director of Economic Development Rick Farmer said strategic planning is something smart communities do, a proactive attempt to shape the future rather than simply waiting on it to arrive.

The U.S. Commerce Department’s Economic Development Administration has awarded a $1.9 million grant to South Dakota State University, Brookings, South Dakota, to purchase equipment needed to expand the capacity of the Dakota Bioproducts Institute to develop products for commercialization. This grant is funded by the American Rescue Plan.

UpSkill Coastal Bend is holding the Partner Expo at the Falfurrias Economic Development Accelerator on August 18.

Opinion: For our communities to best serve the people, the municipal leaders in Port Arthur and Mid County must keep economic development at the forefront of their focus. (Leigh Anne Dallas, Assistant Economic Development Director, City of Orange)

During a ceremony in downtown Amarillo, principals for Producer Owned Beef announced their plans for a $670 million, 3,000-head per day beef packing facility that will break ground next year. It has been awarded $12.2 million from the Texas Enterprise Fund for the project. (Kevin Carter, President & CEO, Amarillo Economic Development Corporation)

A joint venture is developing a $100 million mixed-use district in Dickinson, which is slated to include restaurants, retail, offices and the city’s first bona fide hotel. The property for now belongs to the city of Dickinson's Economic Development Corporation, which purchased it some years ago with the intention to develop the blighted site. (Courtland Holman, executive director of the DEDC)

The city of Hitchcock in Galveston County covers more than 90 square miles, stretching all the way down to the West Bay, but most of the land is rural and undeveloped. Virtually all of its commercial and residential life is planted just north and south of State Highway 6, but the town's linear layout along a five-lane highway doesn’t give it much of a downtown area. Hitchcock EDC wants to change that. “The city doesn't really have much of a downtown or very many buildings to help put a downtown together,” said Tyler Robert, the EDC’s executive director. “So, the EDC has taken it upon itself to develop out property to invigorate the area and to define the downtown itself.”

The Utah Governor’s Office of Economic Opportunity awarded tZERO Group, Inc. a temporary, marginal tax reduction for its expansion in Utah. As part of the agreement, tZERO Group plans to bring up to 80 new high-paying jobs and invest over $2.2 million in Utah during the next eight years. (Dan Hemmert, Executive Director, Utah Office of Economic Opportunity; Theresa A. Foxley, President & CEO, EDCUtah)

Todd Tatum is the new Director of Community Services and Economic Development at City of Edmonds.

Construction for the Nucor steel mill in Apple Grove is set to begin in October. Building the new mill will take two years and require the efforts of at least 1,000 construction workers. The new mill will occupy 1,900 acres. (John Musgrave, Director, Mason County Development Authority) 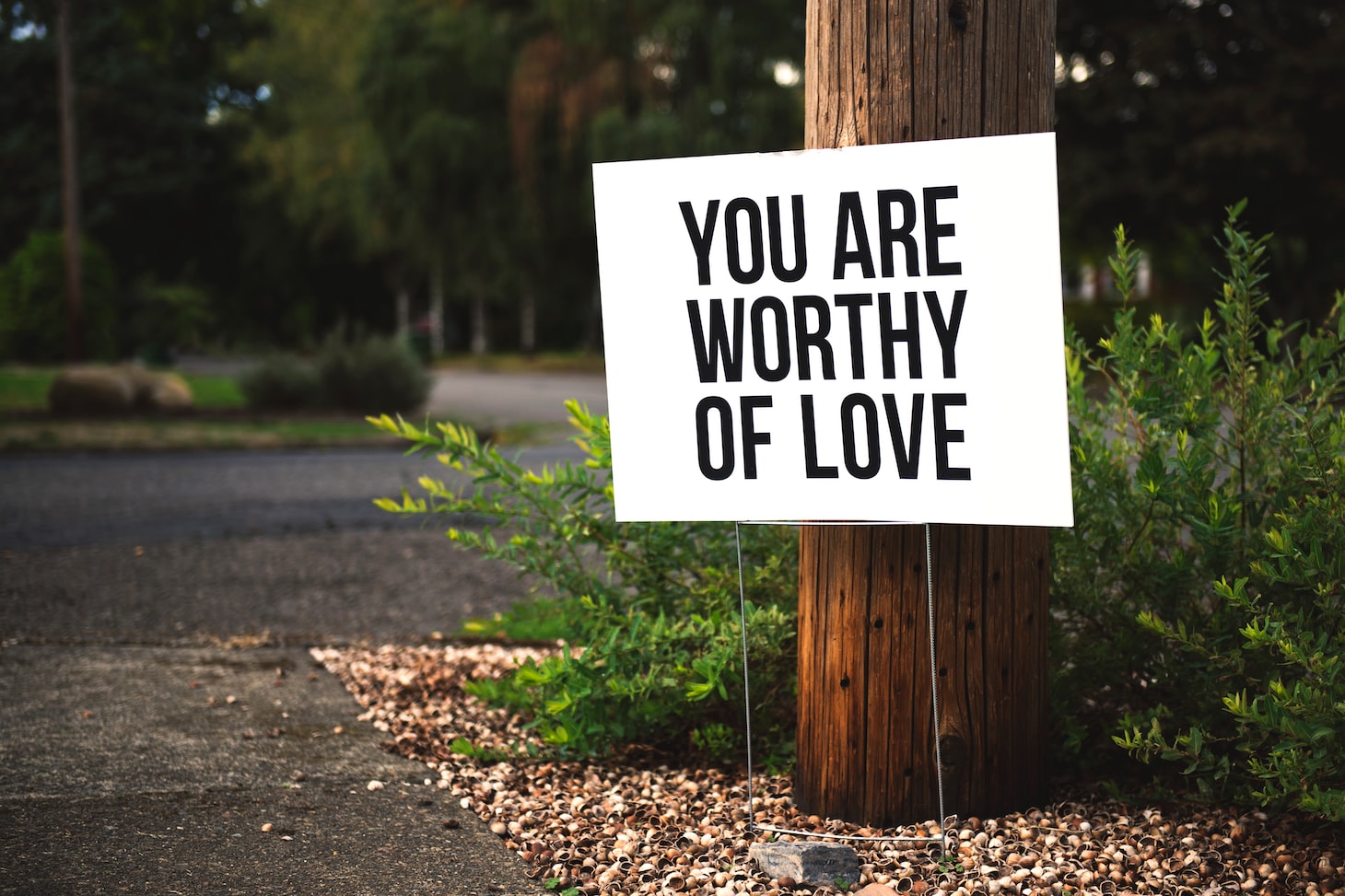