Welcome to the 57th weekly edition of Economic Development and Developers in the News.

Valerie Gray, Executive Director of the Chambers County Development Authority, announced their plans to seek Food Site Certification for both Valley Industrial Parks (North and South). This process, in cooperation with Garner Economics LLC and CDG, will position the City of Valley’s industrial parks to attract new business to the region.

Meghan Huber, Economic development manager at the City of Citrus Heights, has earned her CEcD.

The 17th annual Economic Development Corporation conference "The Thrill of it All" was held on Thursday in Fresno where experts break down the latest real estate forecast. (Lee Ann Eager, President & CEO, Fresno County EDC)

Vicki Lass, Director of Economic Development for Huron County says they were pleasantly surprised by the response from the business community to their Business Retention and Expansion Survey.

Canada competes with Detroit for auto investments and jobs. Ontario's minister of Economic Development, Job Creation and Trade, Vic Fedeli remembers the moment the government decided to secure Ontario's spot as the second-largest auto hub in North America behind Detroit.

The Colorado Economic Development Commission approved nearly $18 million worth of state incentives on Thursday morning for two companies looking to create nearly 1,000 manufacturing jobs through expansions in Colorado Springs and Louisville. Project Salsa, the codename given to a semiconductor manufacturer in El Paso County, received $12.4 million in job growth incentive tax credits linked to the creation of up to 644 jobs over the next eight years. (Jeff Kraft, Director of Business Funding and Incentives, OEDIT)

The Naval Submarine Base on Wednesday announced partnerships with the Hartford-based Capitol Region Council of Governments, Connecticut Department of Transportation and Groton Utilities, which will allow the base to share services and save money. (Paige R. Bronk, Economic and Community Development Manager)

Adam Bartlett has been selected to serve as director, business development for the Henry County Development Authority. The announcement was made by Josh Fenn, executive director of the economic development organization. The Chason Group led the executive search.

The City of Elwood prepares to adopt its comprehensive plan for uptown. (Christy Clark, Economic Development Director, City of Elwood)

Two years ago, the Ellis County Commission voted to abstain from paying dues to the Northwest Kansas Planning and Development Commission, ending access to their services for cities in the county. But after last week's Victoria City Council meeting, two of the three major cities in Ellis County – Ellis and Victoria have opted to independently join the area economic development organization. (Randy Hrabe, Executive Director, Northwest Kansas Planning and Development Commission)

Economic leaders in Hopkins County are reporting over 1,500 job openings county-wide and not enough people are applying to fill the spots. Ray Hagerman, Board President, Hopkins County Economic Development)

Terrebonne Parish's top economic development official will leave the post to begin a new job. Matt Rookard has served as CEO of the Terrebonne Economic Development Authority since May 2016. Starting May 2, he will take over as president and CEO of the Louisiana Credit Union League.

Henry Bourgeois, 78, passed away peacefully on April 22, 2022 at the Gosnell House with his wife by his side. As Executive Director of the Maine Development Foundation for 21 years, he created a number of programs which brought together Maine’s business, government, education and community leaders to address the state’s economic development and education issues. (Yellow Light Breen, President & CEO, Maine Development Foundation)

Baltimore Together is a public-private initiative led by the city’s economic development arm, Baltimore Development Corporation, to support inclusive economic growth in our city. Over a 2-year period, a range of business leaders, community residents and stakeholders studied the challenges small businesses and especially BIPOC-owned businesses face and developed strategies to address them. (Colin Tarbert, President & CEO, Baltimore Development Corporation)

Governor Charlie Baker filed a proposed $3.5 billion economic development bill that would support revitalizing the state’s downtown areas, clean energy, and several other projects. The FORWARD bill, (Future Opportunities for Resiliency, Workforce, and Revitalized Downtowns), would be composed of $2.3 billion in federal American Rescue Plan Act funds, with the rest of the money made up of state bond authorizations.

For Jason Outman, president and CEO of the Branson/Lakes Area Chamber of Commerce & Convention and Visitors Bureau, the Ozarks region is greater than the sum of its parts. Speaking as Springfield Business Journal's April 19 guest for the 12 People You Need to Know live interview series, Outman said tourism victories, as well as economic development successes, will come when the region works collaboratively, rather than individual cities like Branson and Springfield competing for their piece of the pie.

The president of the Long Island City Partnership, the economic development organization that promotes business in the area, is leaving the nonprofit to take on a new role at a state agency. Elizabeth Lusskin, who has led the LIC Partnership since October 2013, will depart to become the executive vice president of small business technology development at the Empire State Development.

Mayor Eric Adams will appoint Margaret Anadu, a recently departed Goldman Sachs Group Inc. partner, as chair of the New York City Economic Development Corp.’s board, according to people with knowledge of the plans. Anadu, 40, will take over leadership of the organization’s board from restaurateur Danny Meyer, who has been chairman for the past year.

Yanush Sanmugaraja of Westminster Economic Development Initiative was named a Buffalo 30 Under 30.

The Staten Island Economic Development Corporation recently announced the nomination process for its 2022 Executive Woman of the Year Award and is seeking a game-changing business professional to be honored at the non-profit’s annual awards gala in August. (Gina Gutman, interim President)

New Hanover County recently released a review of the county’s economic development climate. The analysis by Greenfield Development Co. is the first formal look for the county since the Garner report in 2014. To talk about what the review focused on and what county officials took away from it for future goals, Jennifer Rigby, the county’s chief strategy officer, joined this week’s BizTalk.

Matt Eisenbraun is the new Community Development Director for the City of Moraine.

The Delaware County commissioners announced Monday that Tyler D. Lane will be joining the County’s Economic Development Department as an administrator. Lane, who has been an assistant prosecutor with the County Prosecutor’s Office since 2019, will begin his new position May 2. He will be replacing Rob Platte, who leaves the county May 6 to become township administrator for Jersey Township in Licking County.

As more development continues coming to Jersey Township, trustees have hired the township's first administrator. Rob Platte was hired by the trustees during a special meeting on April 11. Platte, who grew up in the area and is a 1996 graduate of Licking Heights High School said he is thrilled to return home after serving as the administrator for Delaware County's Economic Development Department for almost four years.

Greater Lima Region, Inc. is pleased to announce the election of officers to one year terms on the board. (Doug Olsson, President/CEO)

US Senator Sherrod Brown announced that the Appalachian Regional Commission has awarded a $150,000 grant to the Buckeye Hills Regional Council in Marietta for redevelopment planning of The Ridges complex, a former asylum currently owned by Ohio University. This funding will help lay out the means to adaptively reuse existing buildings, preserve natural areas for the community's use, and develop land parcels to generate the resources to pay for the first two items, complementing the University's uses and adding to the community's attractiveness.

The focus at the state capitol this week was a request by Governor Stitt that resulted in HB 4455, a piece of legislation called the Large-Scale Economic Activity Development Act. The LEAD Act creates incentives for businesses seeking to create enhanced economic development within Oklahoma.

An ambitious new initiative supported by community organizations and government leaders to promote the successful development of Black-owned businesses in the Portland region was announced on Monday, April 25. The Black Business Association-Oregon has hired Lance Randall, 56, a small business owner with extensive economic development experience, as its executive director. He has relocated from the Seattle area, where he worked for both public and private economic development organizations. 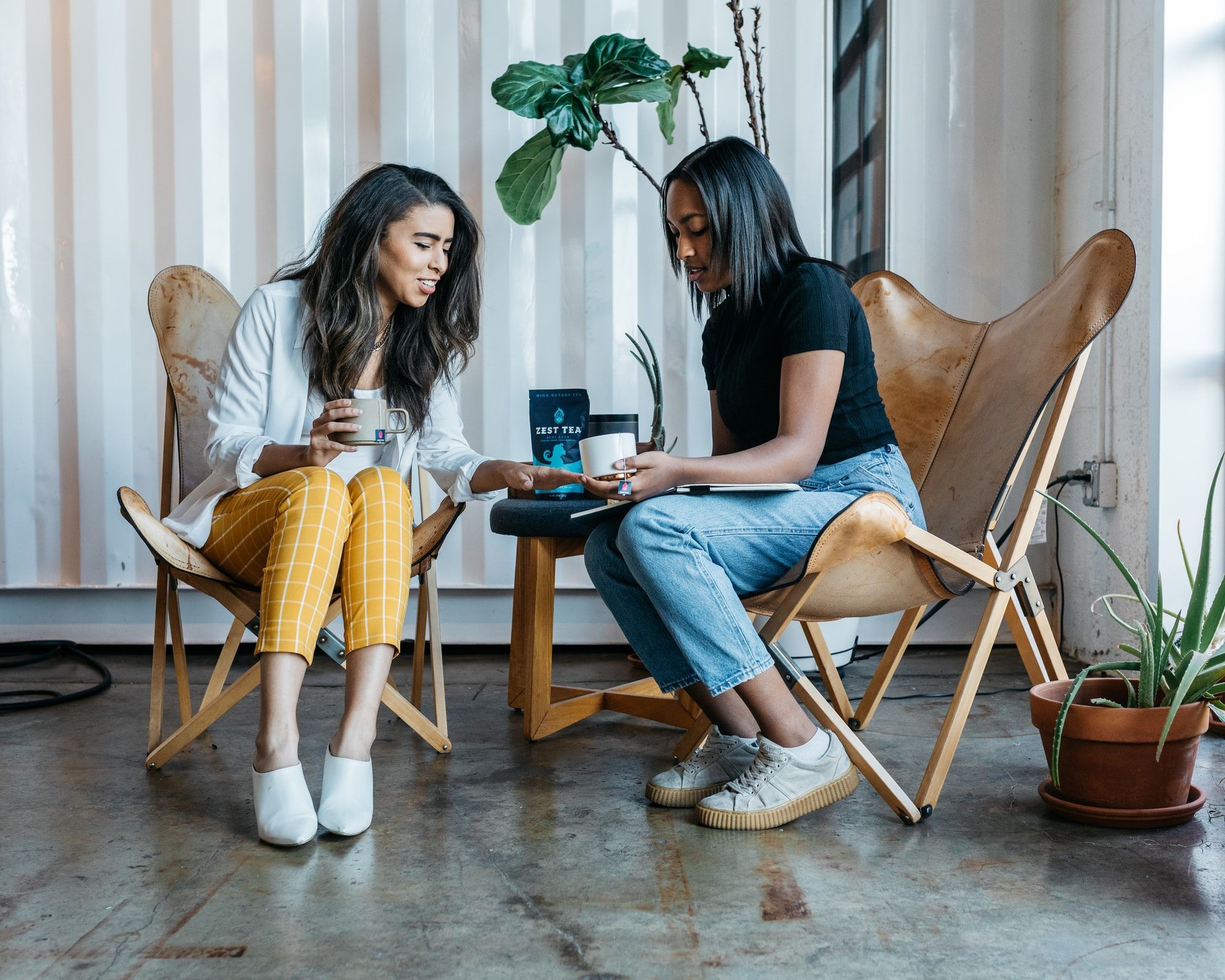 Help other econ devs, and be helped, as both teacher and student.

The demand for next- or even same-day delivery has dumped huge challenges on the steps of brick-and-mortar stores, but it has also created a demand at huge job-hungry distribution centers. Don Cunningham, president and chief executive of the Lehigh Valley Economic Development Corporation, said, "When people get on their iPhone and they order every imaginable product to show up at their doorstep, it's not being brought there by magic. It takes, quite frankly, an army of people to do that."

How Sherman beat out the entire country of Singapore to win TI's nearly-$30 billion investment of up to four semiconductor wafer fabrication plants and 3,000 jobs. (Kent Sharp, president of Sherman Economic Development Corporation)

Danielle Williams, Victoria’s new economic development director, has moved quickly in her new role and plans to hold a meeting for small business owners in early May to help downtown merchants get a better understanding of what assistance might be available.

A week has passed since the enhanced Texas Department of Public Safety inspections were lifted for regular trade to continue. However, the full extent of the economic fallout is still being tabulated by economists and companies. According to the City of Laredo Director for Economic Development Teclo Garcia, a report by Texas Economist Ray Perryman showcased how Texas Gov. Greg Abbott's policy to retain trucks at the border for the enhanced inspections cost $4.2 billion in goods and services and the equivalent of 36,000 jobs.

A panel of six local brokerage and development experts discussed the state of the commercial real estate industry during an investor reception hosted by the Denton Economic Development Partnership last week.

The city of Bellvue recently hired Michael Kattermann as the city's new director of Community Development.

U.S. Rep. Derek Kilmer has been recognized for his work as a leader of workforce development policies in Congress and presented with the 2022 Sentinel Award by the American Society of Association Executives. Kilmer is a former business retention manager for the Economic Development Board of Tacoma-Pierce County.

House Bill 2096 creates a filmmaking incentive that is expected to put thousands to work and bring millions into the state economy. Gov. Jim Justice signed the bill on March 28, 2022. Department of Economic Development Director Mike Graney will lead the Film Development Office. Graney said revisions highlighting no cap on the 27 to 31 percent tax credit will give the Mountain State an advantage over other surrounding states that already offer film tax credits.

Local leaders from as far out as Oregon and Florida arrived in Pipestem Sunday night for the National Association of Counties’ Spring Convening. With a full agenda, the convention is aimed at sharing ideas and learning more about rural economic development.

The Wyoming Business Council has hired a broadband manager to coordinate state efforts to make such “high-speed broadband connections available to homes and businesses across the state.” The job goes to Elaina Zempel. She was described as “a 15-year veteran of Wyoming economic development and former Regional Director for the Business Council.”

If this is your first time reading, or you received this in an email from a colleague: Hello!

Listen now in your favorite podcast player, or subscribe.